The German Haus is the German delegation at SXSW, the world’s largest creative Conference & Festival taking part once a year in Austin, Texas.

I developed a new key visual for the German performance overseas in 2014. Having laid the foundation creating the wave, a colorful & diverse and dynamically moving flag, there had to be made brochures, flyers, banners and a lot more. Different topics, for example smart cities or intelligent future in focus got their own illustrations each.

Since 2014 I am art directing the visual appearance of the German Haus by creating the material mentioned once a year. In 2016 Viktoria Cichon and me were painting the German pavilion in the backyard of Austin’s venue Barracuda.
‍
Thanks for the lovely cooperation especially to Initiative Musik, IHM Hamburg and Sound Diplomacy and of course all the other people being involved! www.german-haus.com
www.initiative-musik.de
www.musikwirtschaft.org
Murals by www.vickykristinaberlin.com 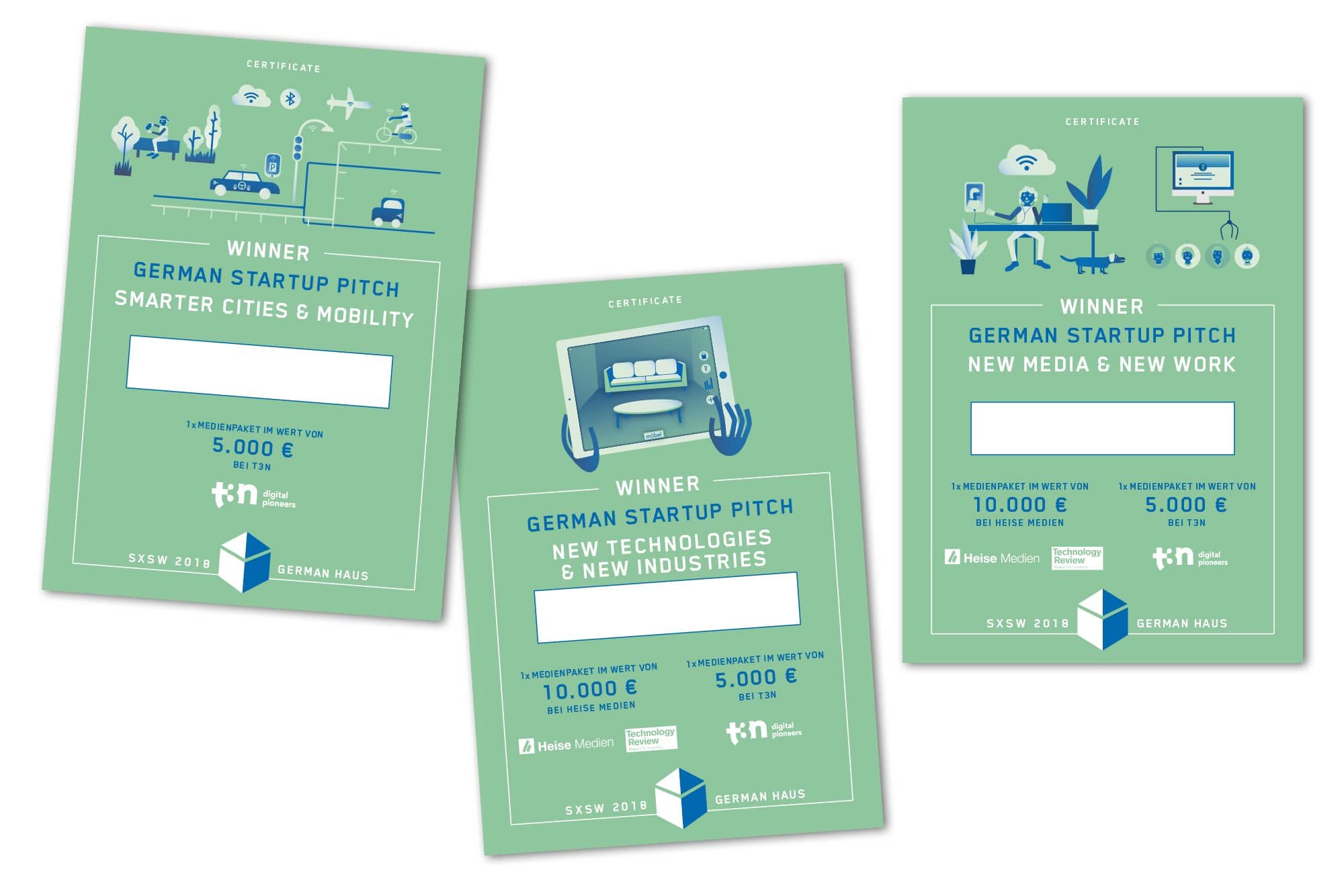 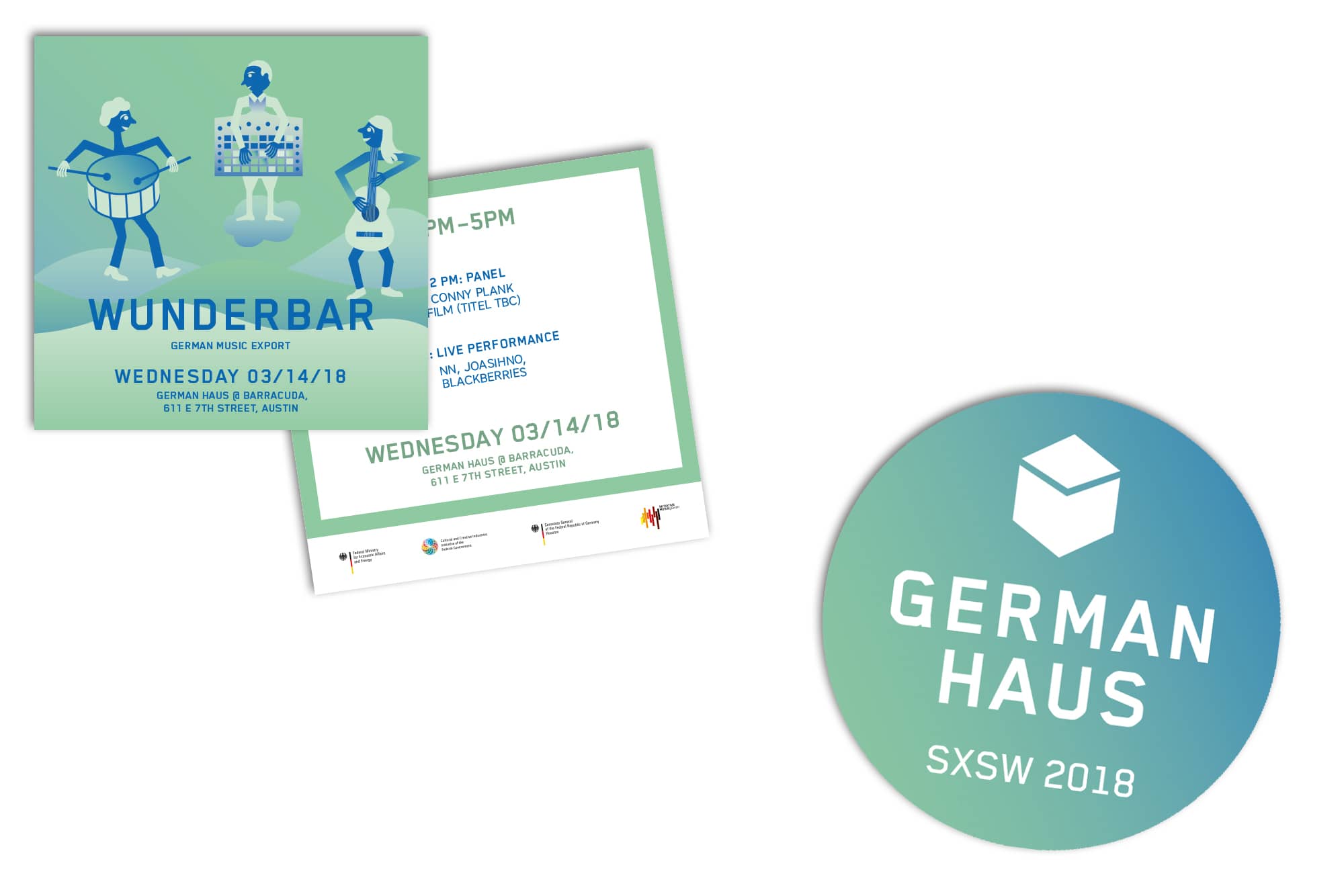 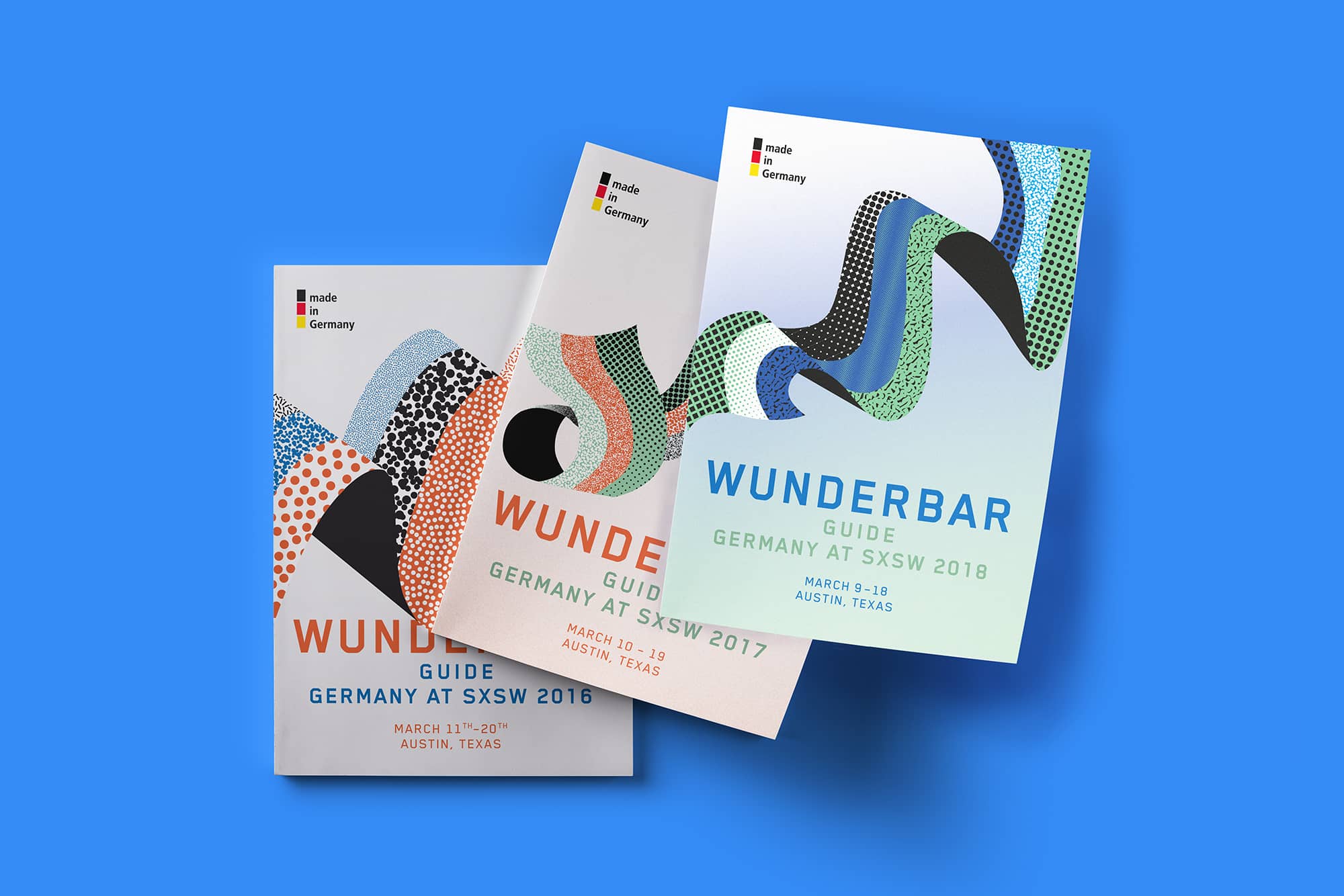 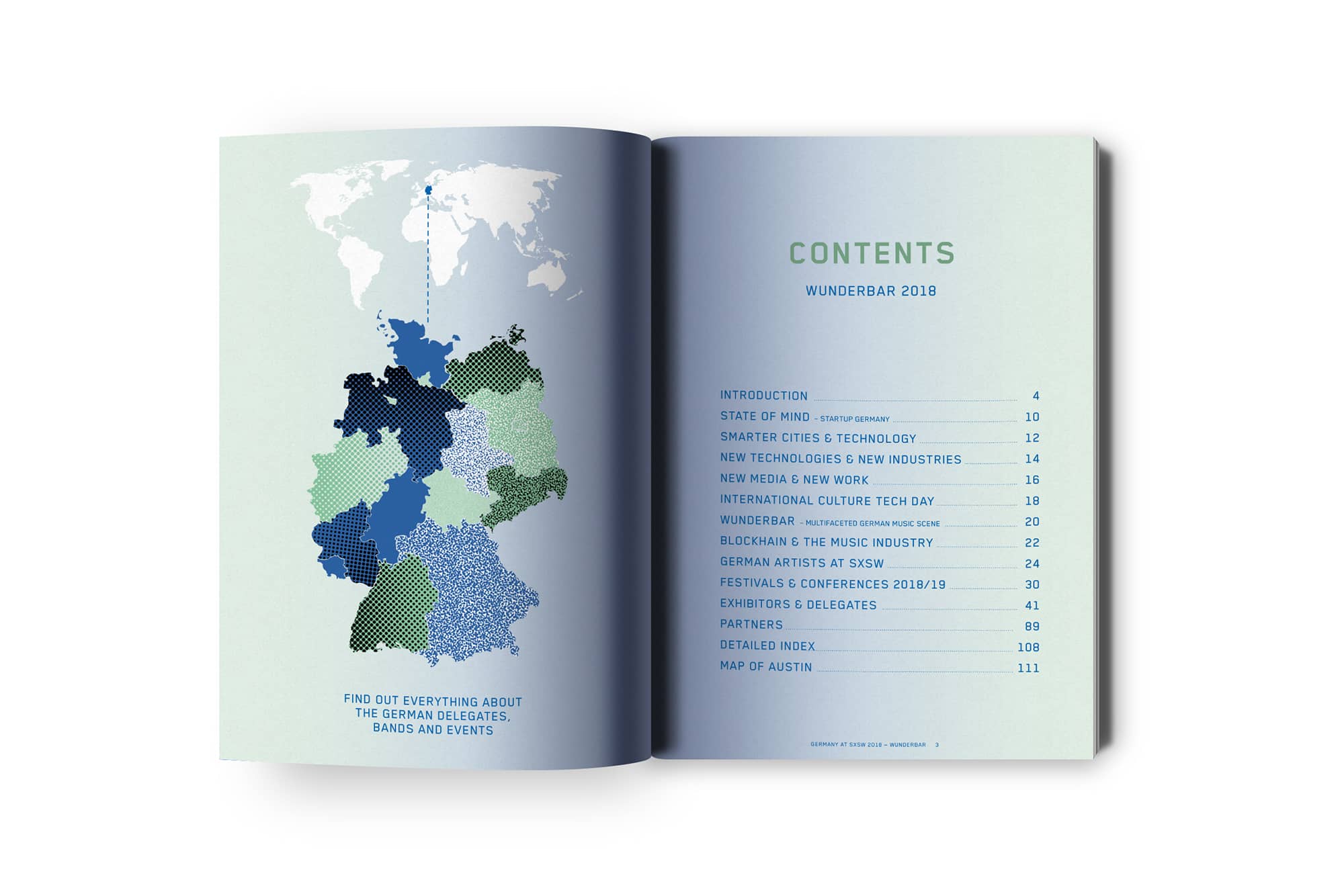 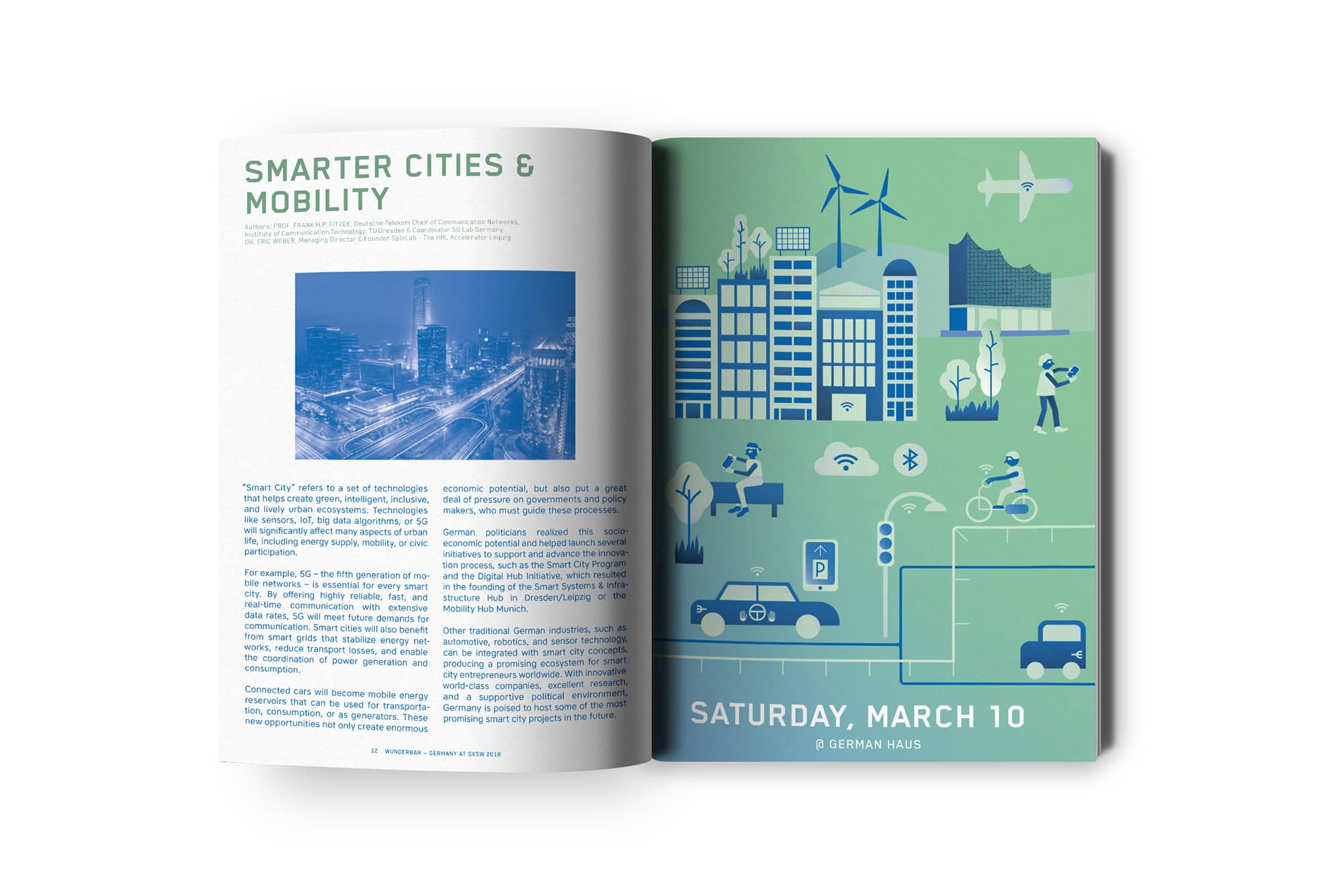 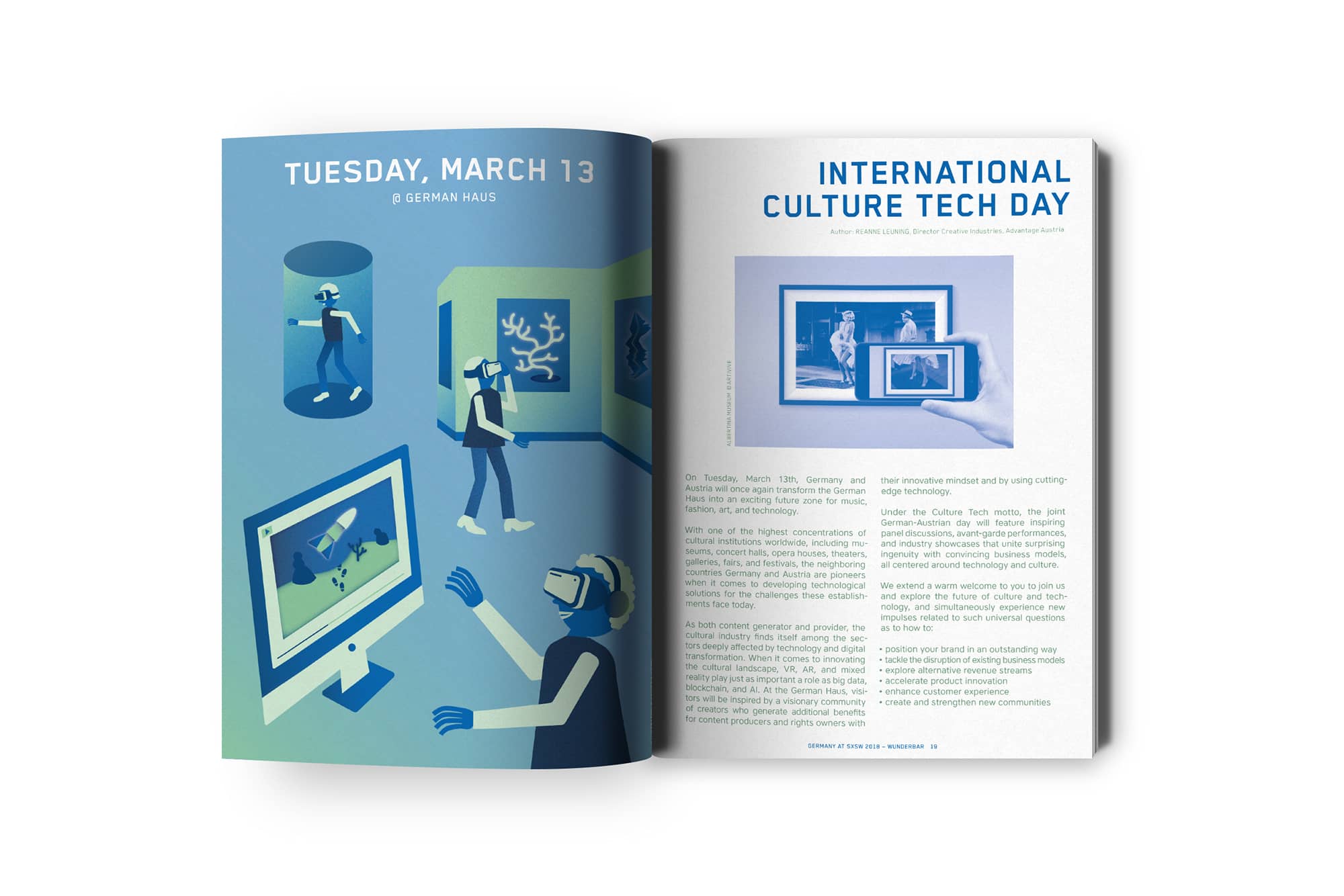 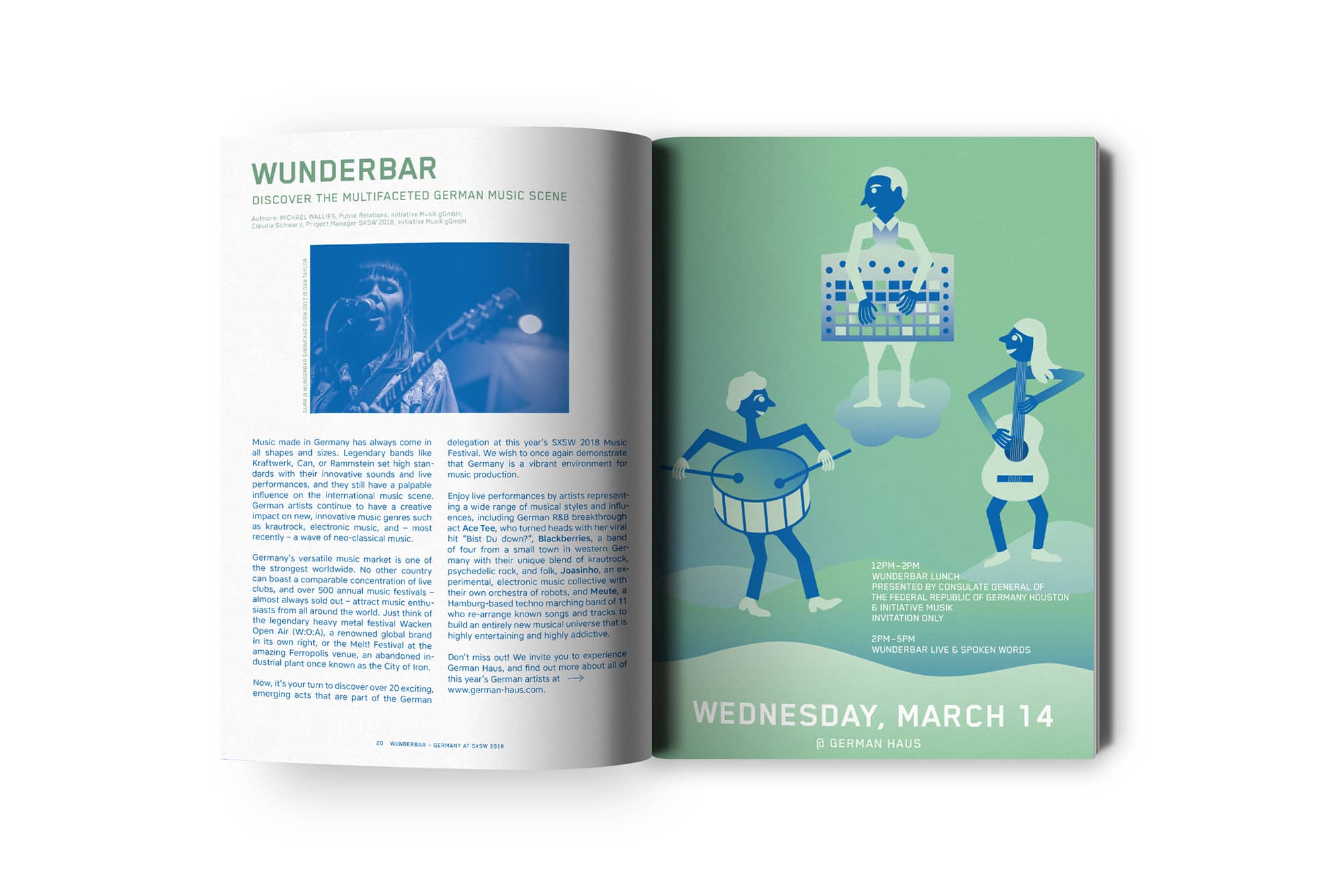 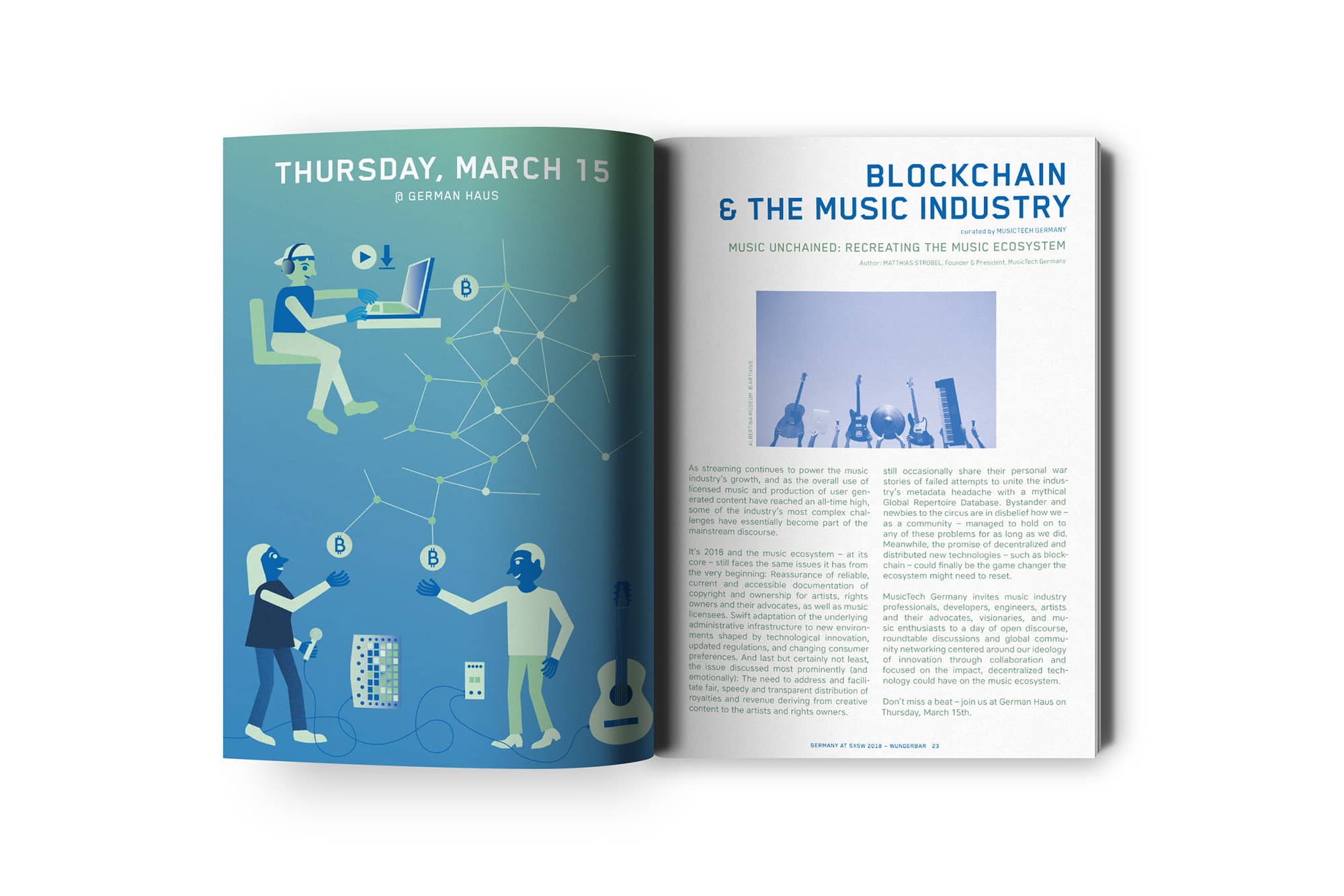 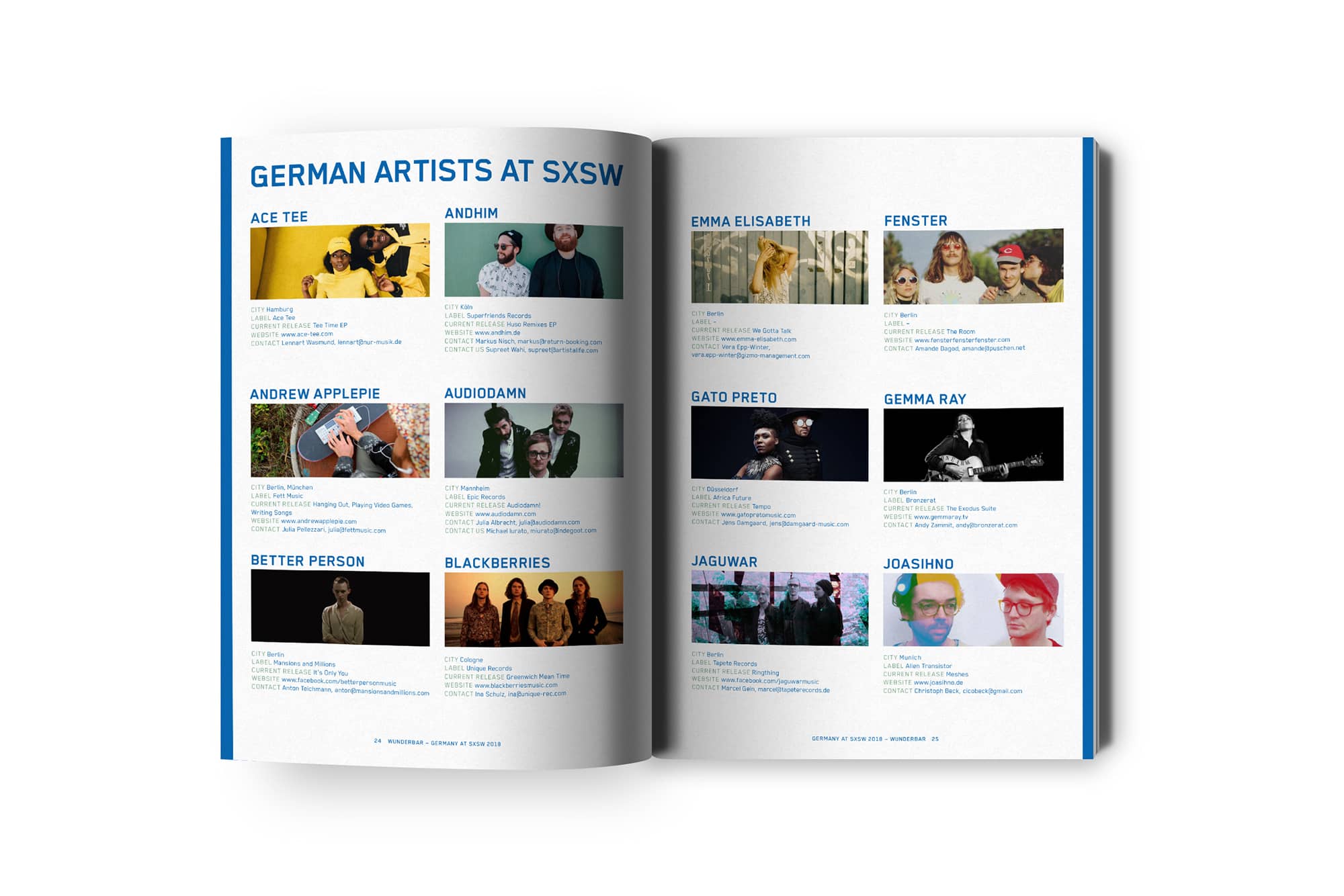 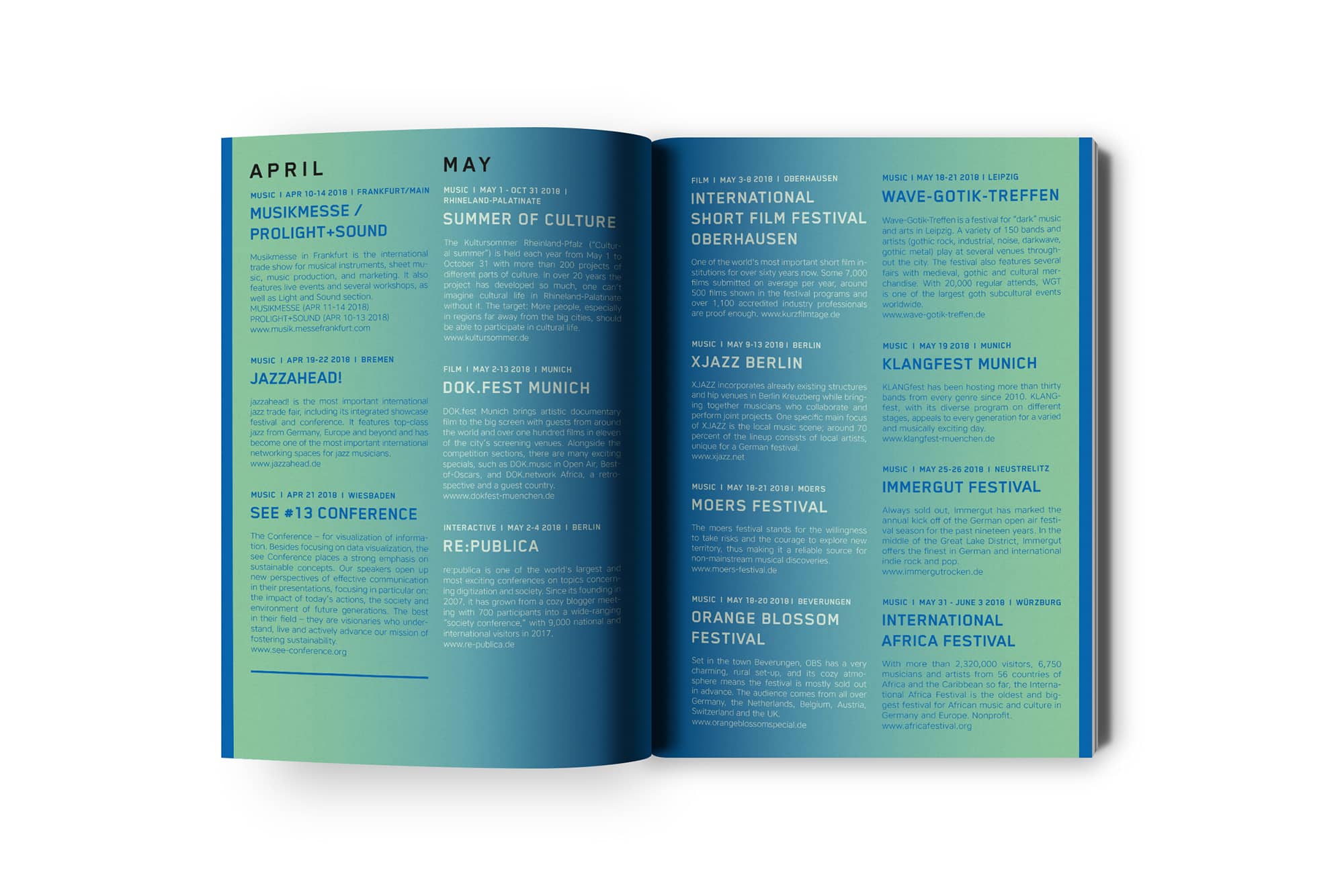 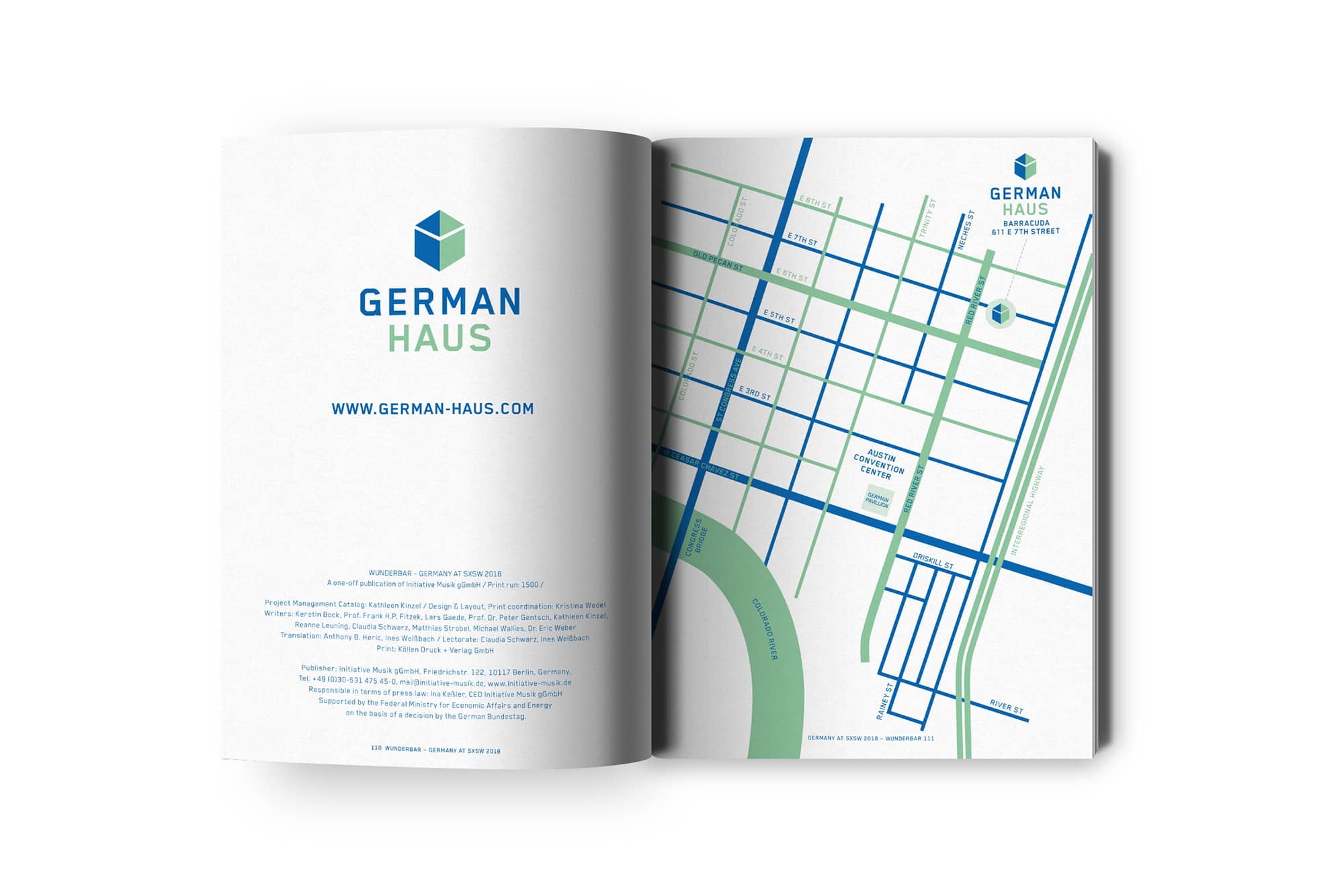 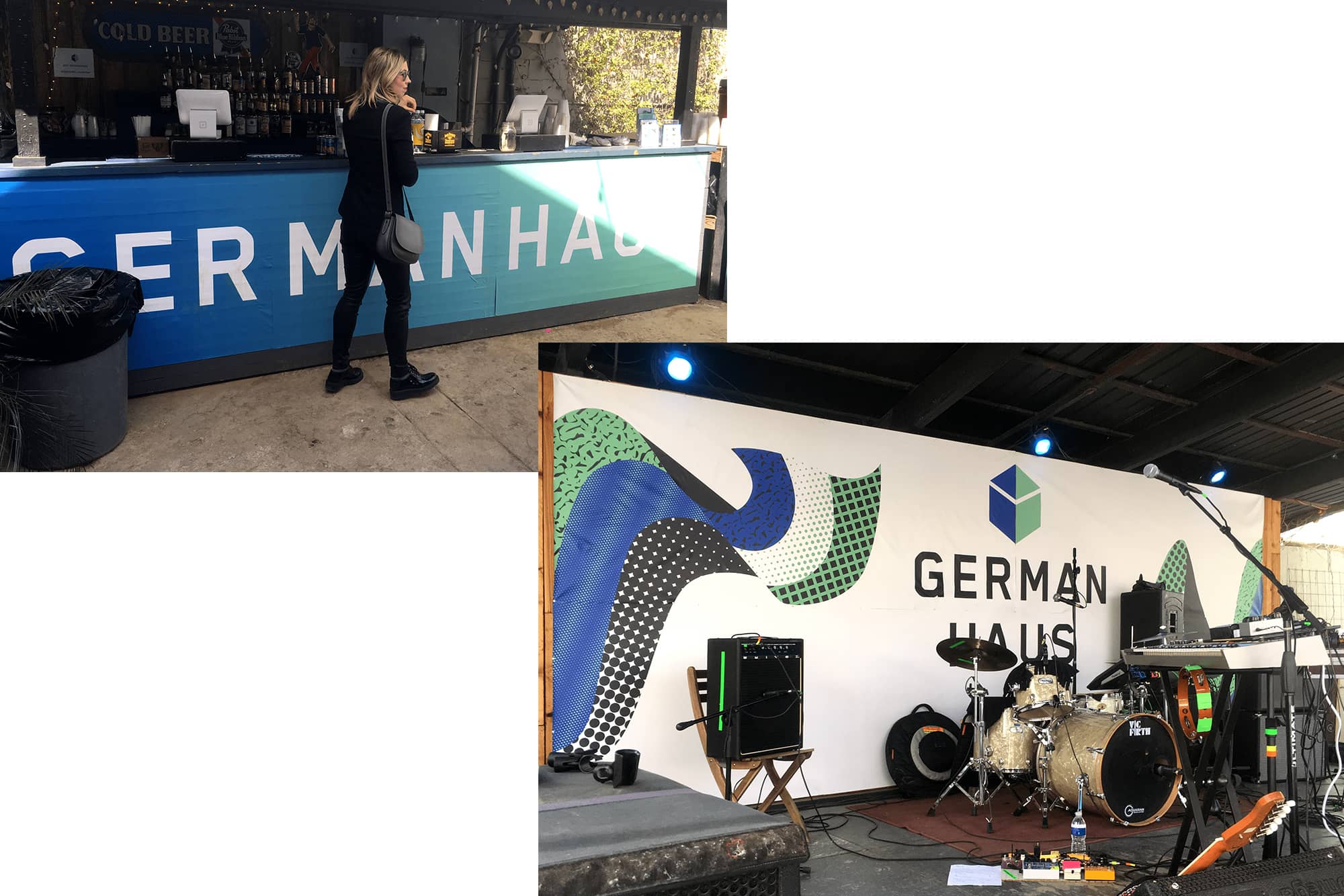 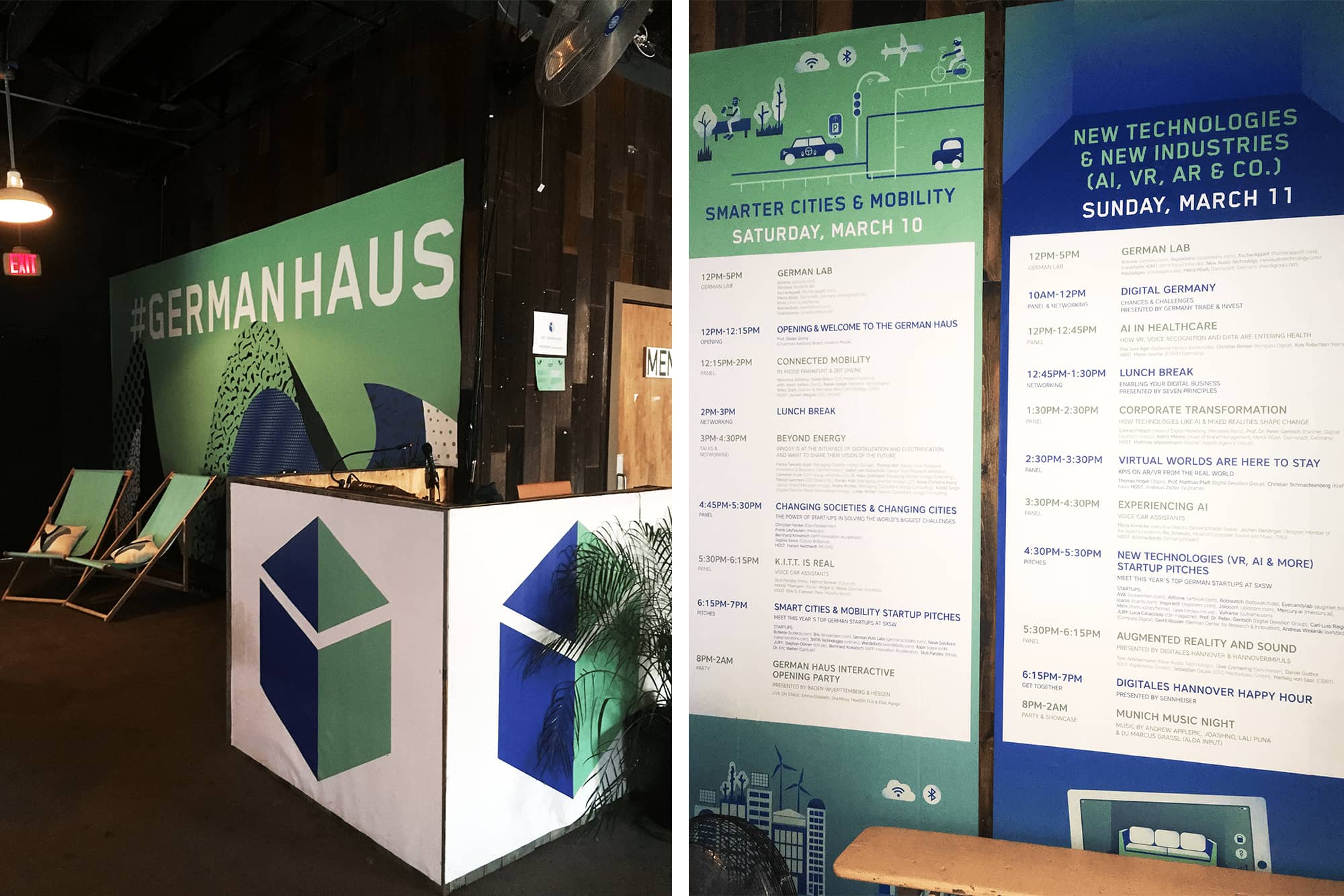 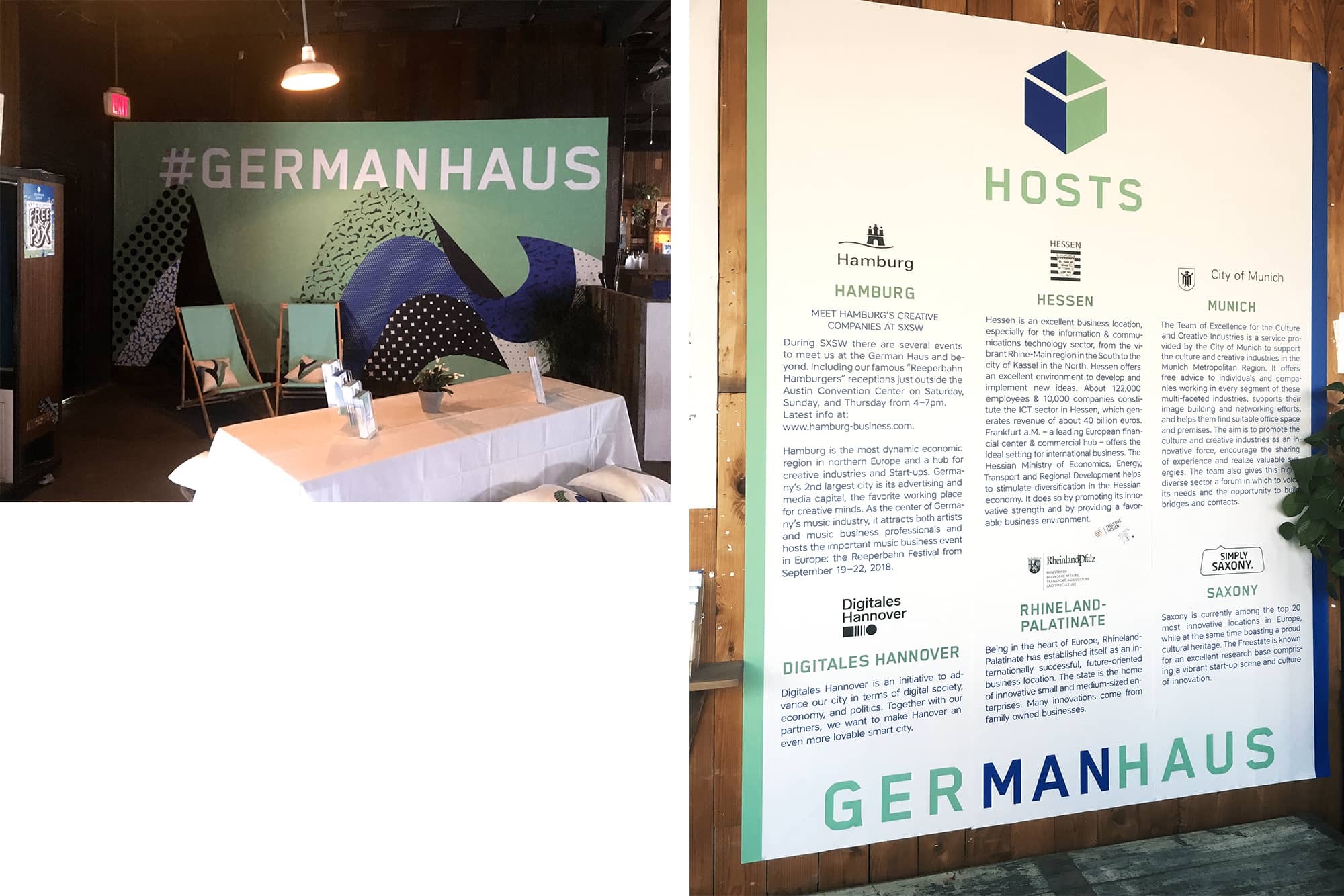 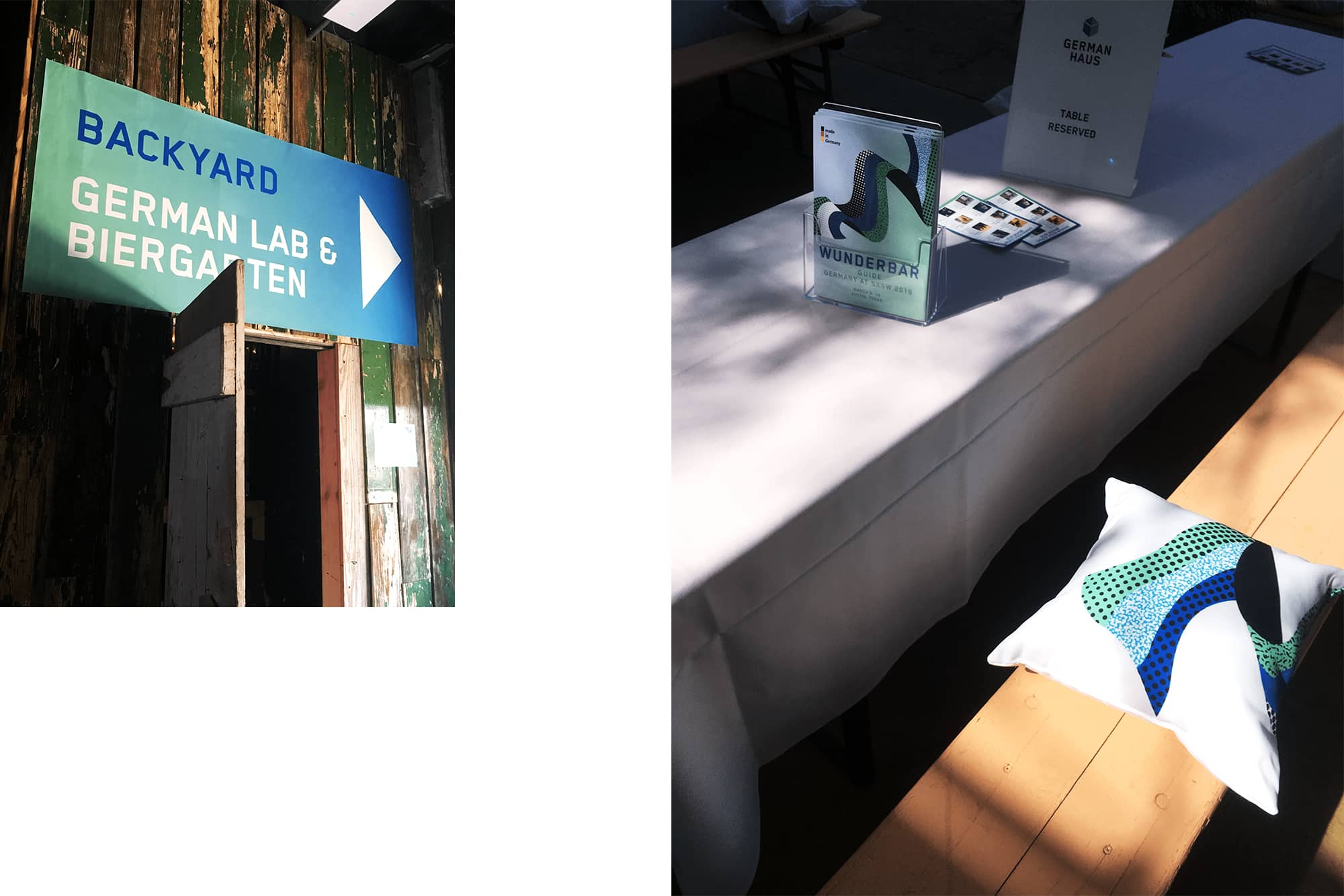 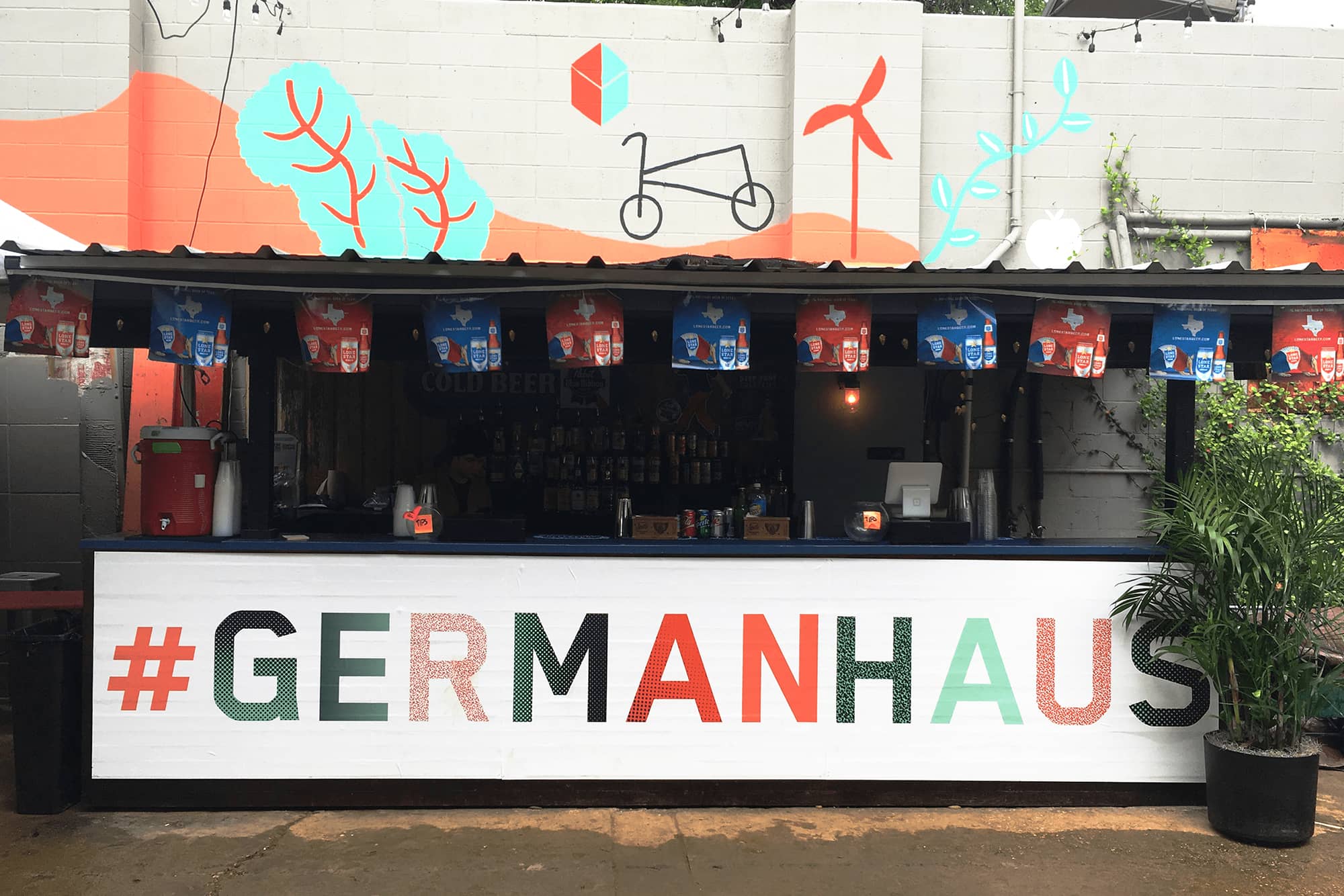 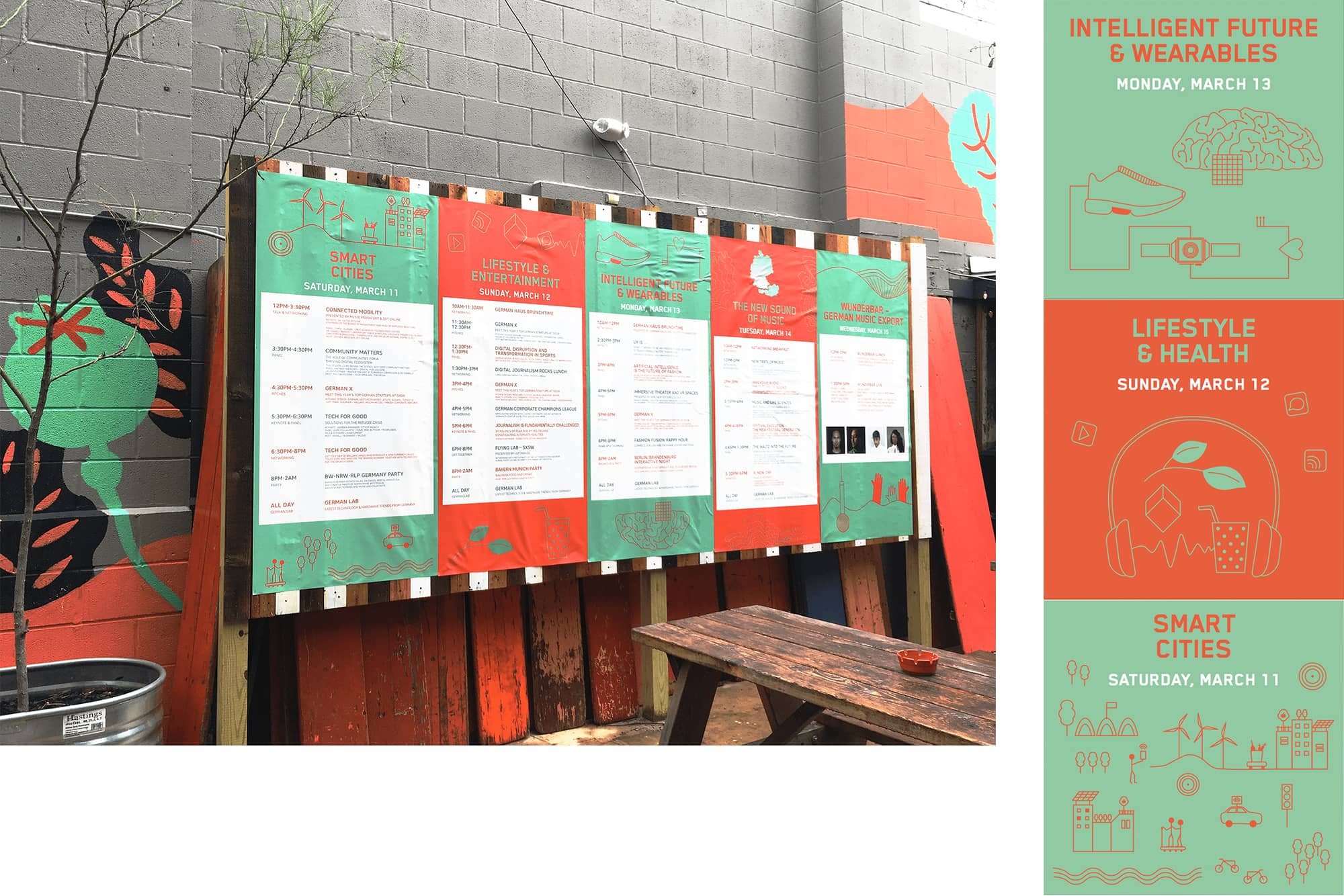 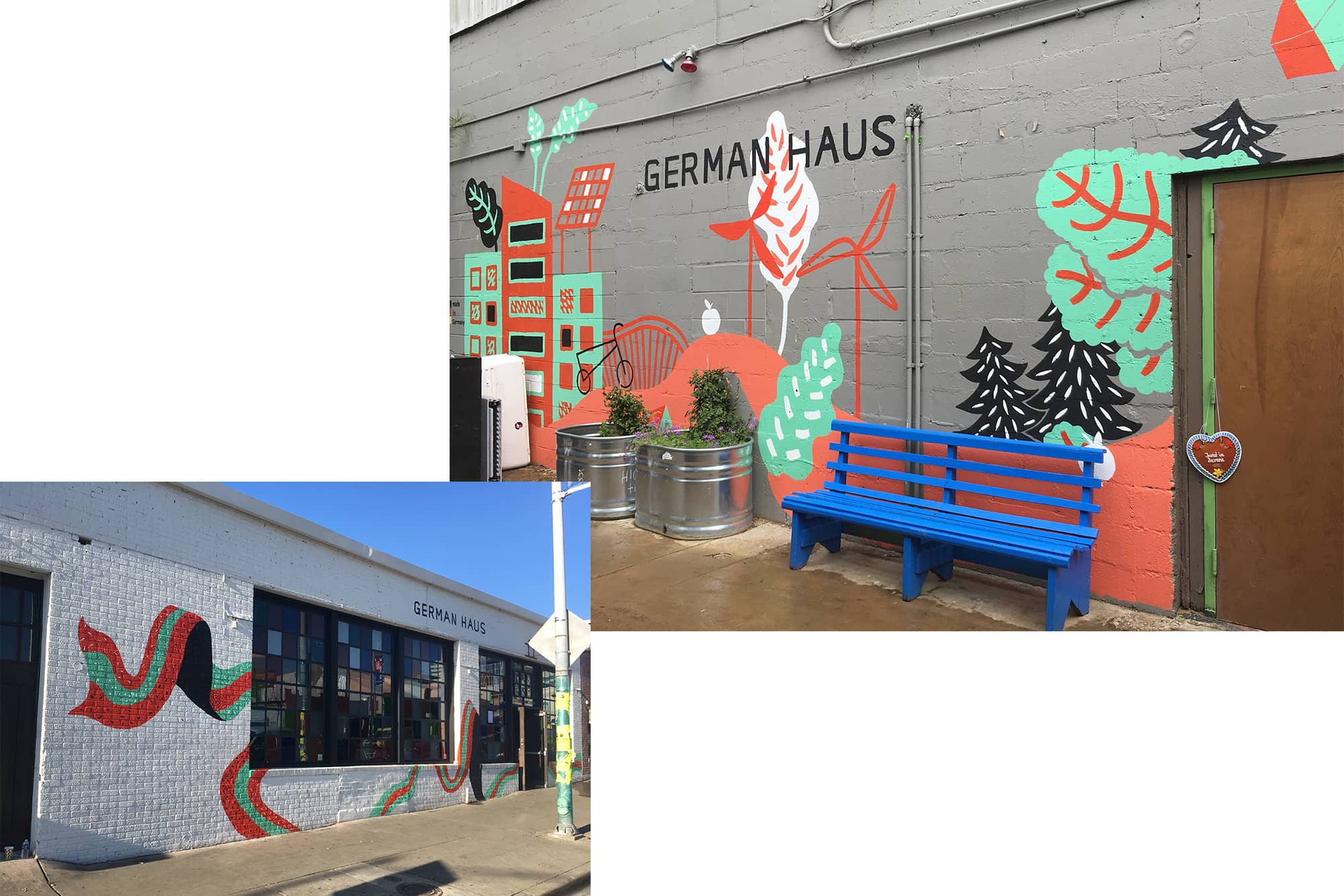